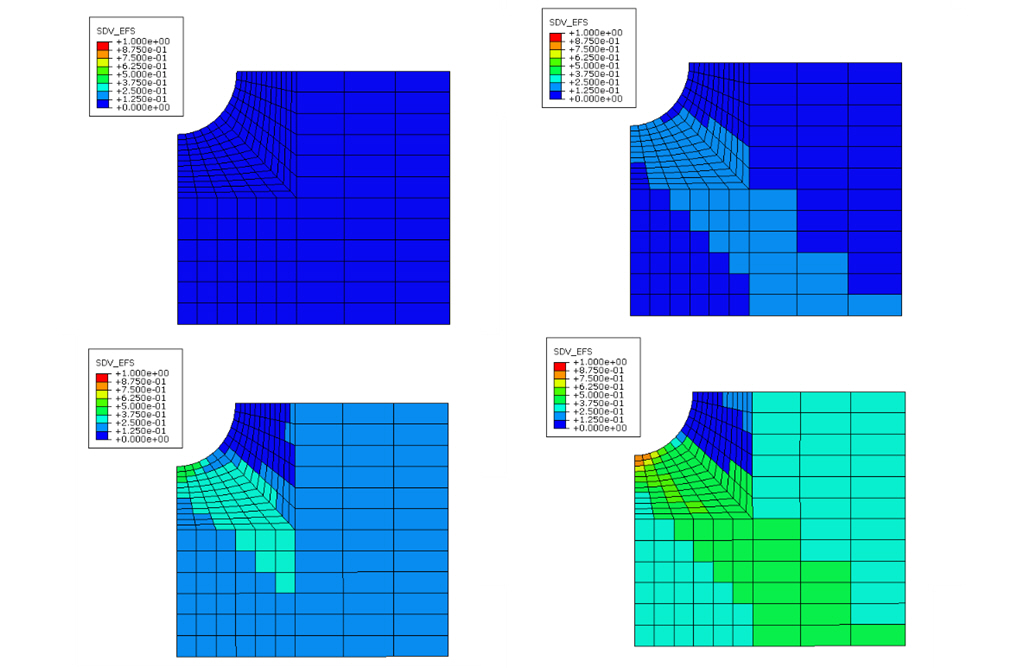 Posted at 09:12h in Uncategorized by 4RealSim

An example can be seen above. Imagine you have a laminated composite plate in which damage occurs when subjected to in-plane compression.

The plate consists of graphite-epoxy plies with fiber directions that are in a (-45/+45) layup. The complex composite failure model (matrix failure, fiber-matrix failure, shear damage, …) is not available in Abaqus, so it is defined via an Abaqus user subroutine.

Here are some examples of user subroutines:

Abaqus provides an extensive array of utility routines that allows the access to solution data from with a user subroutine.

To include user subroutines in an analysis, you should specify the name of a file with the user parameter on the Abaqus execution command

The fortran compiler levels used to create Abaqus are shown in the program directories of Dassault Systemes (https://www.3ds.com/support/documentation/program-directories/). A 3DS passport is required to access the directories.
For Abaqus 2019, the Intel® Visual Fortran 16.0 Update 1 is officially supported as fortran compiler.
If the version of your Fortran compiler does not correspond to that specified, incompatibilities may occur.

Please contact us if you have additional questions related to Abaqus user subroutines.