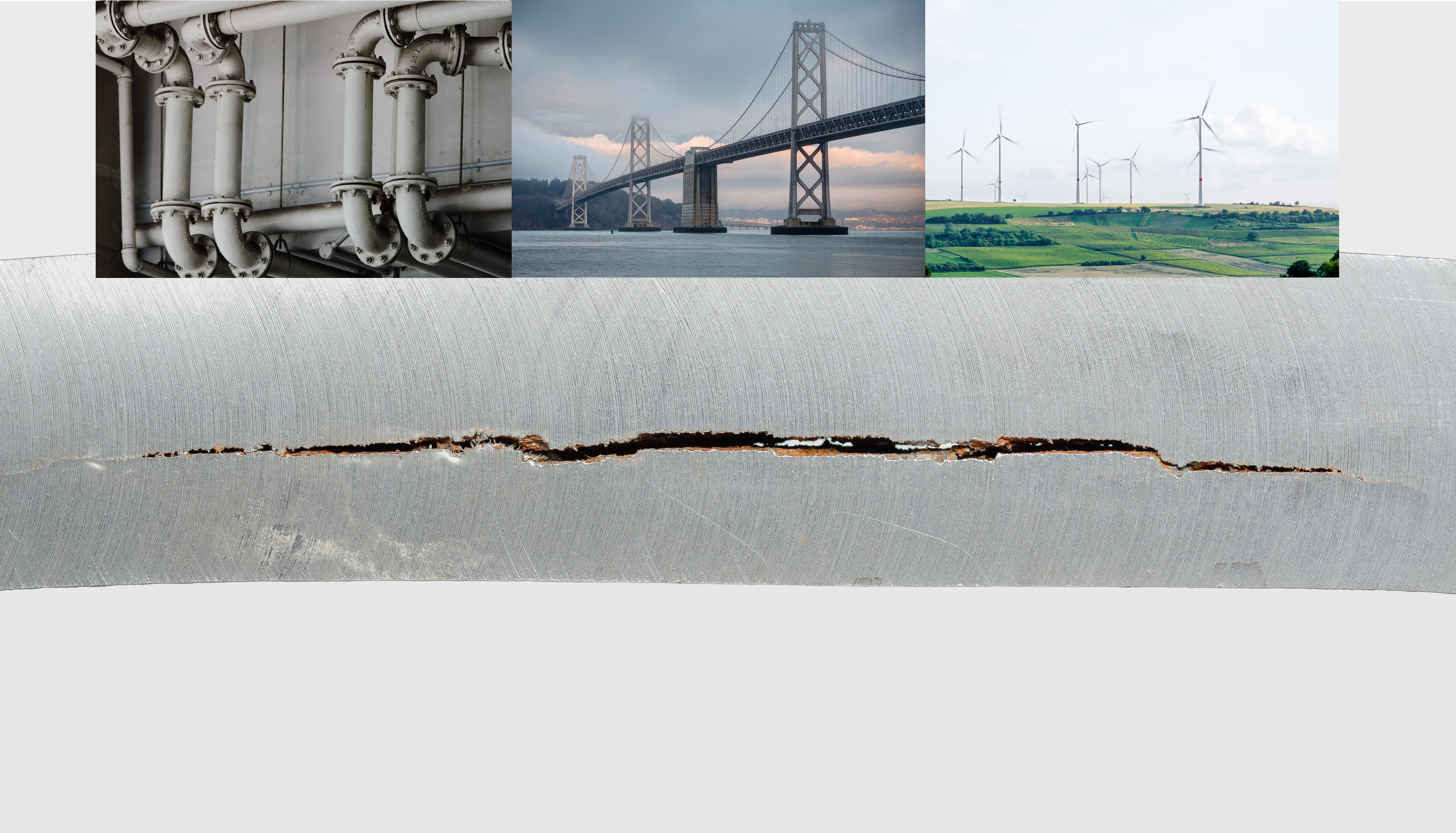 Posted at 14:22h in Uncategorized by 4RealSim

Hydrogen Embrittlement – A serious challenge for the industry

Hydrogen embrittlement (also called hydrogen assisted cracking or hydrogen-induced cracking) describes the embrittling of metal after being exposed to hydrogen. Due to hydrogen embrittlement, structures can suffer from a loss of ductility, strength and/or toughness. This phenomenon can pose a risk to the sustainability of oil and gas structures, gearboxes and anchors of offshore wind turbines or steel architectural constructions. Although it is a serious treat for steel structures, hydrogen embrittlement remains a complex process that is not completely understood because of the variety and complexity of mechanisms. Numerical methods can help investigating different theories and compare obtained results with experimental data.

4RealSim is a Finite Element Analysis consultancy company active in the Oil & Gas, Aerospace, Automotive, Construction and Energy industry. In the past years 4RealSim has been investigating hydrogen embrittlement and implementing numerical solutions, in order to help our customers understand their cases of hydrogen embrittlement.

One known case of hydrogen embrittlement is the Oakland Bay Bridge. In 2013, 6 months prior to opening, the east span of this bridge failed during testing. Catastrophic failures occurred in a high percentage of the shear bolts in the span, after only two weeks of service. The failure is attributed to embrittlement, most likely originating from the harsh environment. The costs are estimated to be more than 25.000.000 $.

122 Leadenhall street, also known as the “Cheesegrater”, suffered from hydrogen embrittlement in numerous steel bolts, with three bolts failing in 2014 and 2015. But not only the construction industry is facing hydrogen embrittlement. This phenomenon is also a problem for the oil and gas, wind energy and various other industries.

When metal is exposed to hydrogen, it can face a loss of ductility, strength and/or toughness. To characterize this behavior, hydrogen embrittlement has been investigated intensely over the past decades, which led to various competing models and theories. Below subset of these theories are summarized:

With the help of numerical methods companies can assess these theories and compare the obtained results with experimental data obtained in the field.

The main problem is that hydrogen can easily diffuse through the metal structure and from a macroscopic level hydrogen can be found at various locations.

Suitable numerical approaches were developed by Krom (1999), Oh and Kim (2009), Barrera (2016), and others, which used the law of mass conversation and divergence theorem to derive the necessary numerical solutions that need to be implemented into the FEM code:

A very nice analogy is seen when comparing the mass diffusion equations with the heat equations from a high level overview (see picture below). This means that the heat transfer framework can be “manupilated” to cover the mass diffusion theory. In such way a fully coupled stress-hydrogen diffusion solution can be implemented into Abaqus.

A case from literature is taken to validate the coupled stress-hydrogen diffusion implementation. The case evaluates the hydrogen transport near a blunting crack tip.

The case (see picture below) represents a 2D plate with a crack and deformation is applied to have a mode-I crack and a stress intensity factor of 89.2 MPa√m.

Geometry and loads/BC of sample case

The hydrogen development over time is assessed when there is a different loading rate: extremely fast at 1.3 sec and extremely slow at 1.3E+6 sec.
Furthermore there is no hydrogen flux to the exterior surfaces and there is a uniform initial hydrogen concentration inside the component.

The results obtained with the implemented solution are very similar compared to the results available in literature. In the following section more details about these results are given.

In the second phase the crack propagation is included in the simulation. The crack and future crack path is predefined by means of a cohesive zone model. The cohesive behavior is characterized by cohesive stiffness, cohesive strength and cohesive fracture energy.

Some cases from literature are taken to verify the implementation of the crack propagation. In this blog the case of the double-cantilever beam (DCB), which is a standard specimen for material testing (NACE DCB), is described. The DCB is modeled as a 2D-model, with a predefined crack at the mid-line surface. The crack is pre-cracked.

In a first step the free ends are vertically pulled and in a second step a hydrogen loading is applied at the exterior boundary surface of the DCB.

When the free ends of the DCB are vertically pulled (first step), one can see in the video below that the Mises and hydrostatic stress close to the crack tip are slowly increasing.

In the video below the obtained Mises and hydrostatic stress patterns are shown when the hydrogen loading is released to the exterior boundary surface of the DCB (step 2). During this step, the hydrogen is released at t0 and afterwards the hydrogen is being ramped up and kept constant. The hydrogen approaches the crack tip, degrades the material and thus reduces the cohesive strength. The reduction in cohesive strength causes the opening of the crack.
At a certain moment, an equilibrium is reached between the external mechanical loading and the resulting stress concentration at the propagated crack tip and the degraded material properties. Once these are in balance (this means the cohesive strength equals the critical loading), there is a self-arresting crack.

The video below shows the same results but zooming closer to the crack tip.

This post does not describe the results of the parameter investigations (mesh size, fracture strength, fracture energy, fracture viscous damping, …), but these results can be discussed on demand.

To conclude, 4RealSim has implemented and verified a fully coupled stress-hydrogen diffusion mechanism. This solution can be used to evaluate the relevance of hydrogen embrittlement at different levels.

A first possibility is to use this solution to assess the macroscopic impact on the yield behavior, in order to evaluate the relevance of hydrogen diffusion / concentration in the structure .

Another possibility is to use this solution to assess the macroscopic impact on material degradation / damage, in order to evaluate possible failure loads by accounting for local material damage as a result of hydrogen embrittlement.

A third possibility is to use this solution to assess the microscopic impact on crack growth / development. This allows the user to

How can 4RealSim help with Hydrogen Embrittlement?

4RealSim has the expertise and knowledge to tackle hydrogen embrittlement challenges. 4RealSim can develop a tailored subroutine, a tailored simulation process or 4RealSim can work independently to investigate the hydrogen related problem.