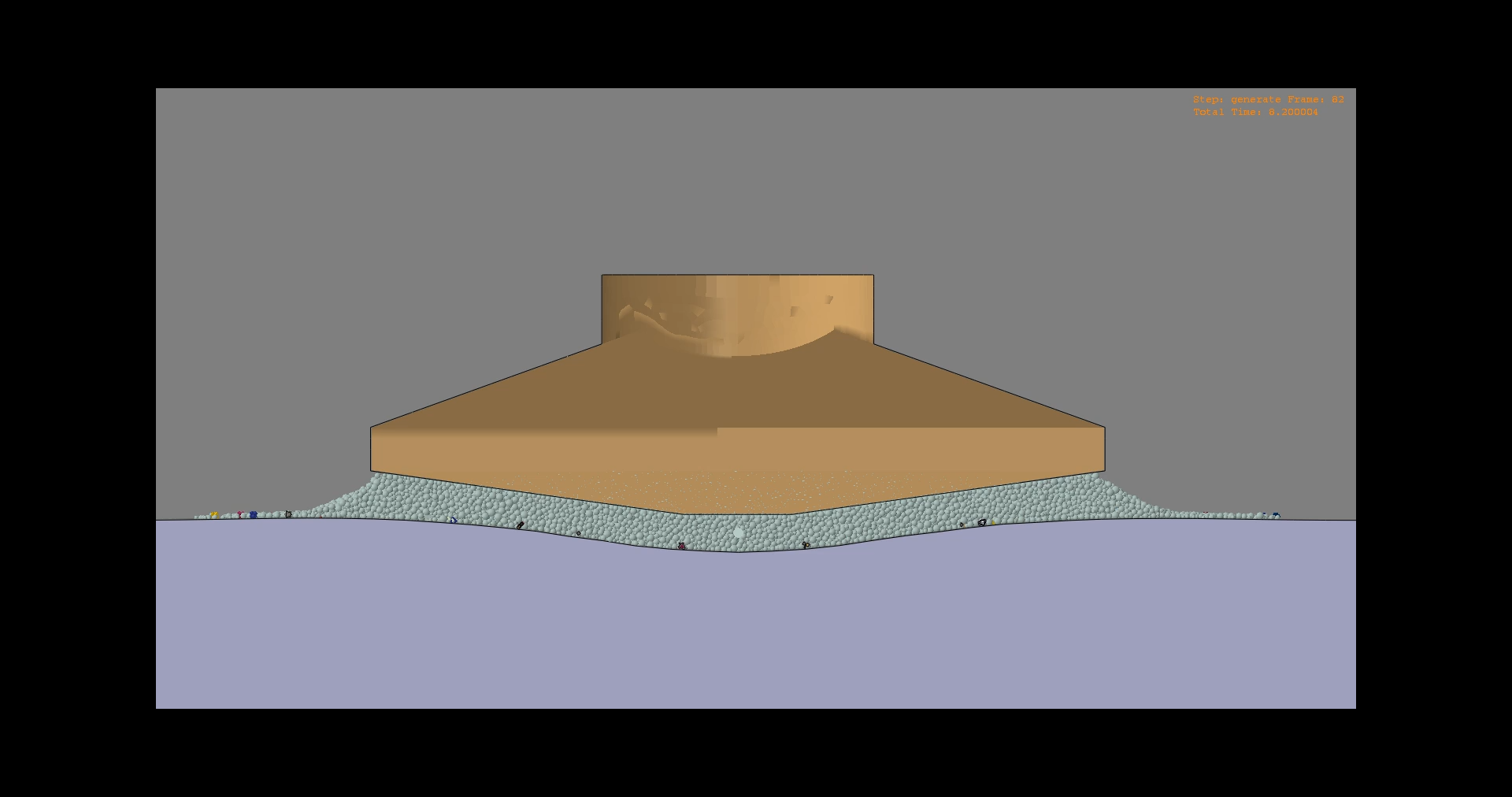 Posted at 11:34h in Uncategorized by 4RealSim

The Discrete Element Method is a relatively simple method in which discrete spherical particles interact with each other and with other surfaces in an Abaqus/Explicit analysis. Granular or particulate matter can easily be simulated using DEM; each DEM particle represents a separate grain, tablet, shot peen, etc. The particles themselves cannot undergo large complex deformations. It is a completely different and much simpler method than ‘the other particle method’ in Abaqus: the Smoothed Particle Hydrodynamic (SPH) method, in which groups of elements collectively model a continuum behaviour.

DEM particles are rigid, single-noded elements with specified radii. The nodes of the particles have translational and rotational degrees of freedom, for which the latter can influence behaviour quite significantly when friction is considered.

DEM particles can interact with Lagrangian surfaces, as well with other DEM particles, through the general contact approach. DEM particles use a penalty method for contact, which introduces compliance into the particle system. This compliance can be used to model a macroscopic stiffness of a packed granular material. Optionally, a Hertzian contact method can be used for particle interactions.

DEM particles can be initialised at the start of the analysis, or can be generated throughout the analysis. When generated, a random radius, based on a user-specified probability density function, can be assigned to each particle. To model more complex shapes instead of simple spheres, multiple DEM particles can be combined in a cluster using MPC constraints. Clusters are not compatible with the particle generator.

The presented example case represents a spud can which is pushed into the seabed, onto which rock fill (rock particles) is added. The rock fill is modelled using the DEM particles which are generated with a random radius within a normal distribution. A total of 100.000 particles are generated. Besides the DEM particles, several hundred rigid bodies in the shape of a 3D cross, are added to the mix. Contact between particles is handled through the Hertzian contact method to ensure correct automatic time incrementation.

In the first couple of seconds of the analysis, the particles are added to the analysis. The displacement of the rigid spud can is delayed using an amplitude definition to let the DEM particles come to a rest state before contact between the spud can and particles occurs.

You can find more information on Discrete Element Method in the Abaqus manuals.
https://help.3ds.com/2021/english/dssimulia_established/simacaeanlrefmap/simaanl-c-demanalysis.htm?contextscope=all

Feel free to contact sales@4realsim.com to discuss how 4RealSim could help you further with your Discrete Element problem.